This post is sponsored by Amulet Books, an imprint of ABRAMS. However, opinions are my own.

I have a fantastic new middle-grade book to share with you. If you’re a Wimpy Kid fan, you will love the latest book from best-selling author, Jeff Kinney. The new book Diary of an Awesome Friendly Kid: Rowley Jefferson’s Journal is in stores now.

There are 13 installments of Greg Heffley’s journal in the Wimpy Kid series (with Diary of a Wimpy Kid #14 releasing later this year!), and now Greg’s best friend, Rowley Jefferson, has his own book — Diary of an Awesome Friendly Kid. 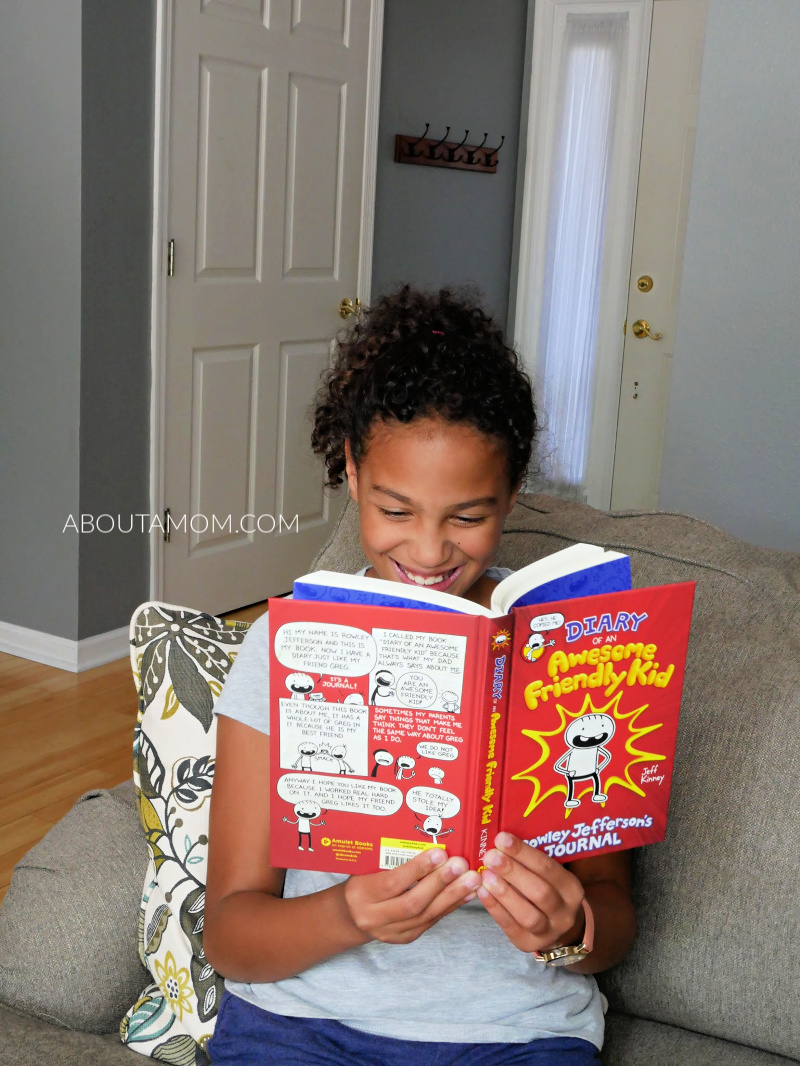 If you’re a fan of the Wimpy Kid series, you’re very familiar with Greg’s best friend, Rowley Jefferson. You may have even found yourself rooting for him, like my daughter and I often did. But it’s finally time for readers to hear directly from Rowley in a journal of his own.

No friendship is perfect, and in the Wimpy Kid series, Greg was downright mean to Rowley at times. Yet, Rowley remained a loyal friend. He might occasionally give in to Greg’s teasing and pranks, but is an all around good kid and the kind of friend anyone would be lucky to have.

In Diary of an Awesome Friendly Kid, Rowley writes about his experiences and agrees to play the role of biographer for Greg along the way – telling Greg’s story along the way, too. (After all, one day Greg will be rich and famous, and everyone will want to know his life’s story.) But Rowley is a poor choice for the job, and his “biography” of Greg is a hilarious mess.

I’m so glad to see Greg and Rowley’s antics continue in this new spin-off book. Diary of an Awesome Friendly Kid stands up to expectations you will have as a Wimpy Kid fan. It’s interesting hearing Rowley give his side of the story, and Rowley’s journal is just as funny as Greg’s. The two find themselves in a variety of hilarious run-ins. 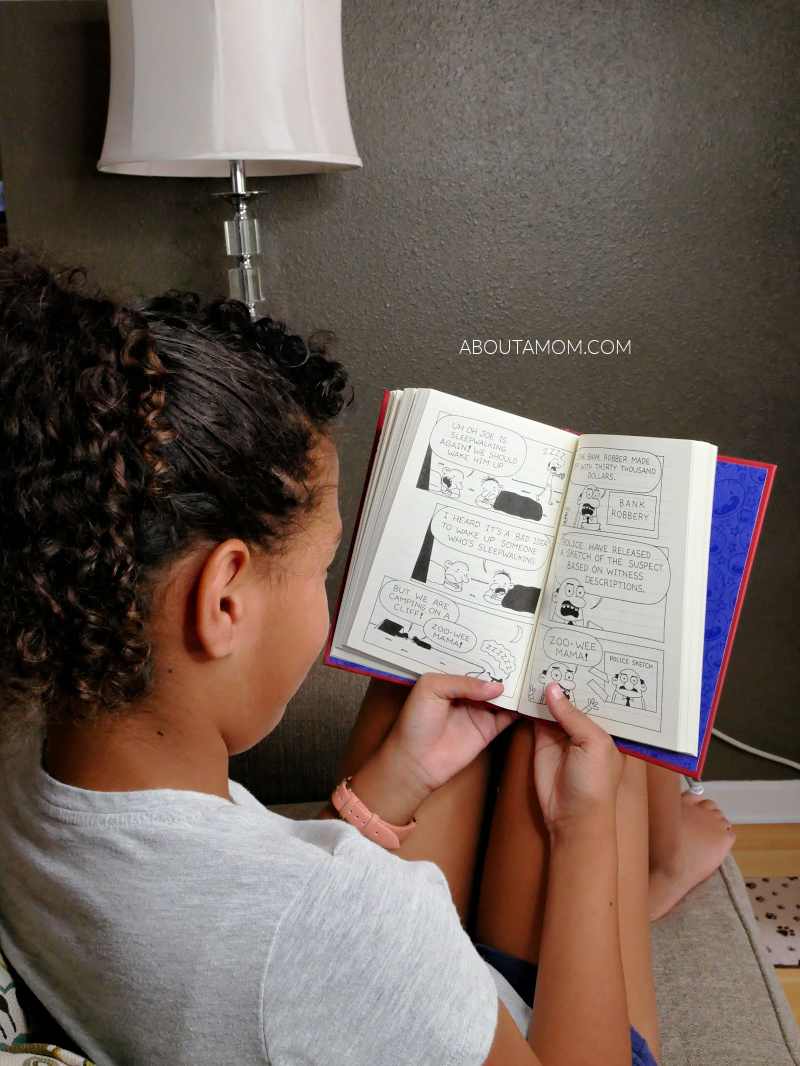 Rowley’s superpower is kindness, making him a terrific role-model for kids.

There’s a scene in this book that I love where Rowley and Greg are brainstorming ideas for superheroes. As you might expect, Greg envisions Rowley’s superhero, Amazing Guy, having “knives coming out of his knuckles.” But Rowley wants his superhero to have the superpower of kindness, and to be a role model for kids.

My own “awesome friendly kid” really enjoyed this book.

My daughter possesses some of the character traits that you see in both Greg and Rowley. She’s a bit of a prankster and comedian which sometimes lands her in trouble. However, she’s overall a really AWESOME kid with good intentions and a kind heart, much like Rowley. So, I’m very happy to see Rowley shine in his very own book, and know it will have a positive impact on her.

I love little more than hearing my 10-year-old daughter laugh which is why I’m such a fan of the Jeff Kinney books. She giggled so much while reading this newest book. Like the Wimpy Kid books, she is sure to read Diary of an Awesome Friendly Kid over and over again. 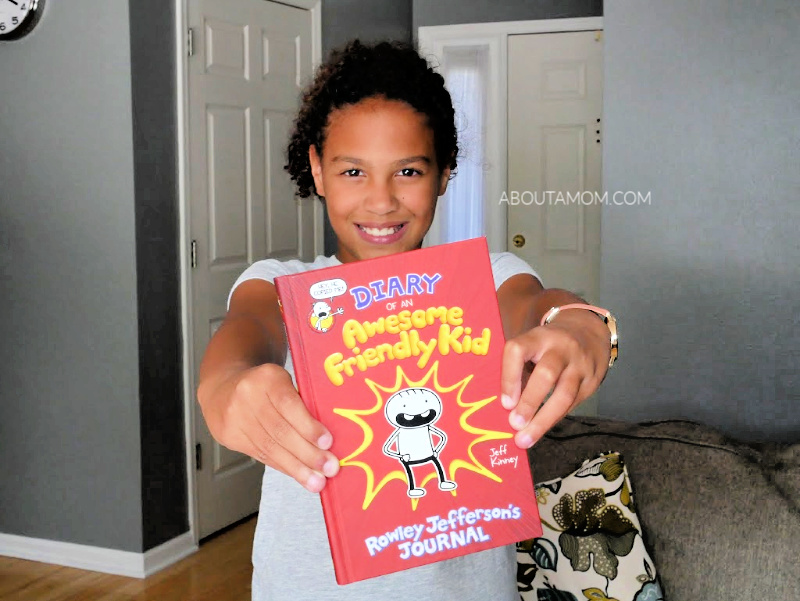 Diary of an Awesome Friendly Kid is recommended for children ages 8-12 and is in stores now. Visit the official Wimpy Kid site to learn more. You can also follow the Wimpy Kid series on Twitter, Facebook, and Instagram.