Much to the delight of my twenty-something son, teenage nieces and nephew, Disney’s FRANKENWEENIE is to be released on Blu-ray, Blu-ray 3D, DVD, and Digital Copy on January 8, 2013. Disney was nice enough to send us a 4-Disc Blu-ray Combo Pack to review and it was quickly put to use. We watched it on Friday evening, and again on Saturday evening… are you noticing a pattern here? Much like our DVD copy of Tim Burton’s “The Nightmare Before Christmas”, FRANKENWEENIE is sure to be watched dozens of times. Although it’s a delightfully funny film, I think I’ve had my fill of FRANKENWEENIE for now after seeing it for the 4th time, but kids don’t seem to tire of watching the same thing over and over again. 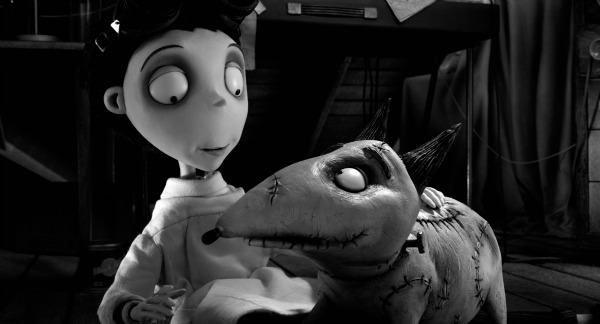 I got my first sneak peak of FRANKENWEENIE back in June on a Disney press trip, and knew immediately it was going to be a very big hit with teenagers and young adults. Personally, I don’t think this movie is appropriate for younger kids, because of the “creep factor” and the story line which deals with the topics of death and resurrection. These two factors aside, the film is most simply put a movie about a boy and the love for his dog. It’s truly a very enjoyable movie to watch!

After unexpectedly losing his beloved dog Sparky, young Victor harnesses the powers of science to bring his best friend back to life – with just a few minor adjustments. He tries to hide his home-sewn creation, but when Sparky gets out, Victor’s fellow students, teachers and the entire town of New Holland learn that getting a new ‘leash on life’ can be monstrous. 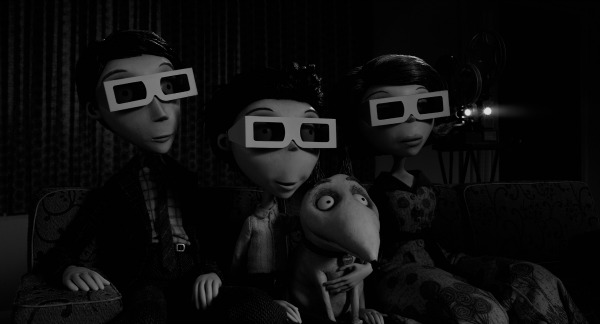 My heart breaks each time I watch this movie and see Victor lose his beloved dog Sparky. But then I find myself filled with both delight and horror when Victor uses the power of science and lightning to bring back his beloved pet. Sparky finds himself literally sewn back together, with Victor patching him up whenever his tail or an ear falls off. The movie is full of all sorts of strange and creepy characters. Some of Victor’s classmates cause a lot of chaos in the film, when they visit the pet cemetery and attempt to bring their own lost pets back to life. Even with their large round eyes and oddly shaped faces they still vaguely remind me of some kids that I once encountered in the school yard.

There are some other fantastic characters in the film, such as the eccentric Vincent Price-like science teacher Mr. Rzykruski (voiced by Martin Landau). My nieces especially like the character know as Weird Girl and her vampire cat Mr. Whiskers. My niece, Becca, has a Weird Girl t-shirt that she loves to wear. 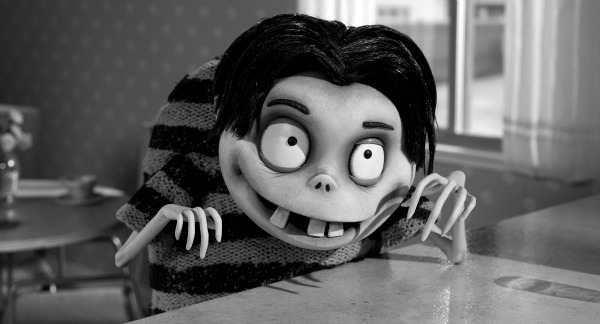 Tim Burton went back to ghoulish basics with this film. The first black and white feature film since the 1950’s, FRANKENWEENIE feels very retro with it’s likeness to the monsters seen in classic 1930’s films. The 3D stop-motion animated movie is filled with many quirky characters, unexpected twists and lots of laughs.

Connect with FRANKENWEENIE through their web site, on Facebook, and Twitter. Disney’s FRANKENWEENIE is available to Blu-ray, 3D Blu-ray, DVD, and Digital Copy on January 8, 2013!