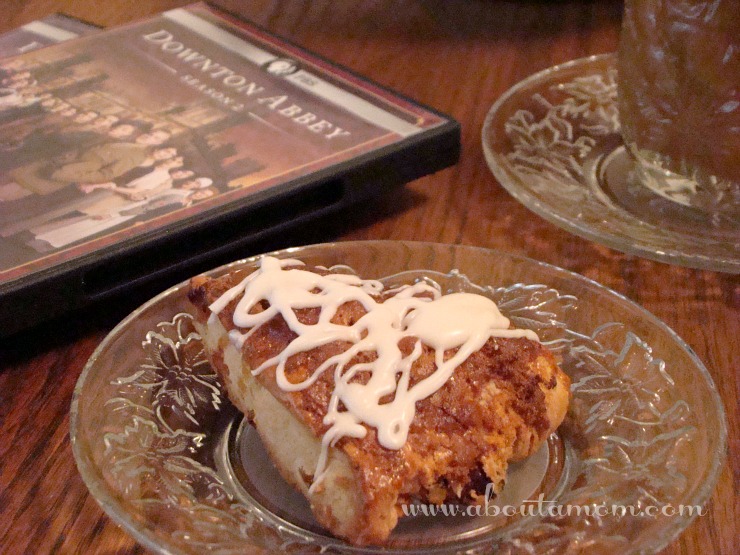 Today I would like to share with you two of my new favorite things… Downton Abbey and an Apricot Scones Recipe.

I have long been a fan of British television, having seen every episode of ‘Ballykissangel’, ‘Sherlock Holmes’ and ‘Poirot’ several times over. Somehow, I was a bit late to catch on to ‘Downton Abbey’. It might have something to do with the 30 plus episodes of Masterpiece Theatre on my DVR, waiting to be watched. With season 3 premiering on PBS a few weeks ago I had a bit of catching up to do, so I splurged a little and purchased Downton Abbey Seasons 1 & 2 from Amazon.

Last weekend the frenzy to get caught up began. I had asked mom if she wanted to watch the series and her reply was a very firm “No” followed by “I wouldn’t be able to understand a word those people are saying!”. I got up early one morning to begin watching season one, and shortly after it began my mom stumbled out of her room and sat down on the couch next to me. Within minutes she was hooked, and we had an all day ‘Downton Abbey’ Marathon.

The series is set in the fictional town of Downton Abbey, a Yorkshire country house, the seat of the Earl and Countess of Grantham. The show follows the lives of the Crawley family and their servants during the reign of King George V. The house, scenery, and costumes are all beautiful beyond compare. The story line is quite scandalous most of the time, and the dirty rotten back stabbing behavior of both the Crawley family and their servants rivals that of the Ewing family in Dallas. This show has brought tears to my eyes, and often leaves me gasping and shaking my head in wonder.

Mom and I have one disc left of Season 2 to watch this weekend, and then a few recorded episodes of Season 3 to catch up on. If you’ve had hesitation about watching this show… don’t. It has all the drama and sizzle you could ever want in a show. I simply LOVE ‘Downton Abbey’ and know you will also. It’s been a long time since I’ve been this excited about a television show. 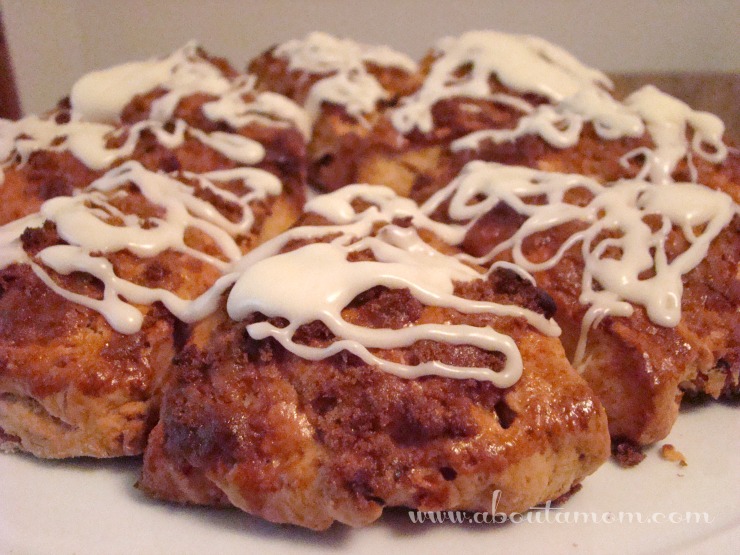 Are you wondering how Apricot Scones have anything to do with all of this? Call me silly, but all this British drama has left me wanting tea and scones. It’s been ages since I whipped up a batch of scones, so I went in search of a recipe. I found this Apricot Scones recipe duplicated on Food.com, Epicurious, and various other sites. As many times as it’s been shared, surely it’s a good one. They are so delicious and I enjoyed creating the scones with nothing more than a fork and my hands. I’ve gotten so used to just dumping all the ingredients into my Kitchen Aid and walking away, so it was nice to get back to the very basics of baking.

My oven has been running a bit hot lately, so these scones browned slightly more than I would have preferred. But they were still delicious!

About a Mom
These Apricot Scones are deliciously light and tender.
5 from 8 votes
Print Recipe