We go through a lot of snacks on game day, especially during the Super Bowl. We always have friends and family over to watch the game, but with cold and flu season in full swing I get leery over everyone’s hands reaching into the snack bowl. Almost everyone in my family has had a stomach virus over this past week, myself included, and the last thing I want is for us to keep passing this crud around. This morning I started making some super simple and fun Super Bowl snack cups for us to use next weekend, during our Super Bowl Party. 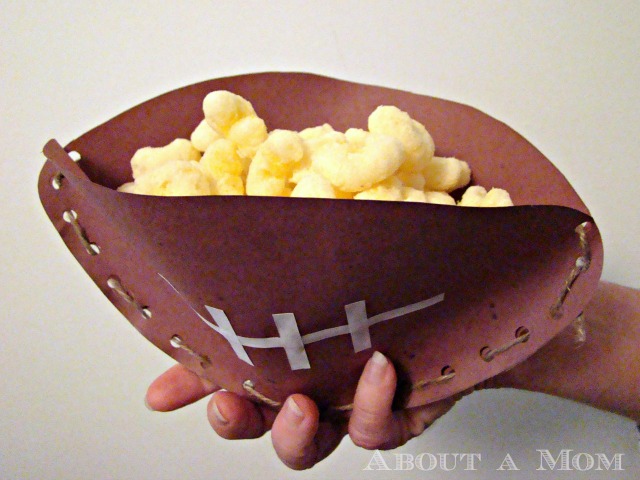 Here’s what you’ll need to make them:

1. Trace around your template onto brown construction paper, and cut out. You will need to football shapes for each snack cup.

2. Cut and glue strips from the white paper, to create the laces of the football.

3. Match up two of the football shapes, and while holding them together, punch holes along the bottom, about 1/2 inch apart.

4. Using jute cord or yarn, lace through the holes that you punched. Securing the two ends with a knot.

While Big Game parties are a ton of fun, they can be a challenge if you’re trying to eat healthier. While a healthier and fun Big Game party may sound like a contradiction in terms, it doesn’t have to be when you have Pirate’s Booty on your team. 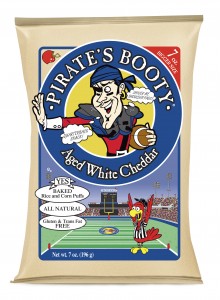 An estimated 28 million pounds of potato chips are consumed during the Big Game. Bench regular fried potato chips and choose a better-for-you alternative like Pirate’s Booty, which has all the fun with half the fat and fewer calories. Pirate’s Booty is gluten-free and made in a peanut and tree-nut facility, so it’s great for the whole team. Pirate’s Booty is deliciously baked, all-natural and trans-fat free too – touchdown! 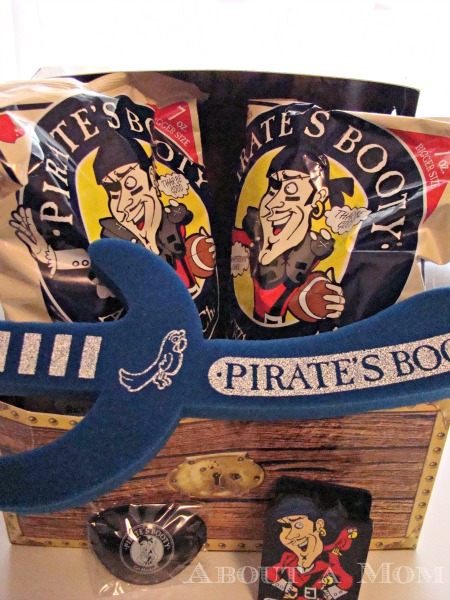