Home » Reviews » Kyocera Torque for Sprint :: Built to Survive Both the Extreme and Everyday Life

There has been a lot a buzz among outdoor extremists about the new Kyocera Torque for Sprint. It’s the latest ultra-ruggedized 4G Android smartphone on the market and is made to survive the extreme. The Kyocera Torque is MilSpec, which means it’s waterproof and protected from extreme temps, drop, dust, vibration, salt fog, humidity, solar radiation and low pressure. In short, you likely wouldn’t be able to survive what this new smartphone can handle. 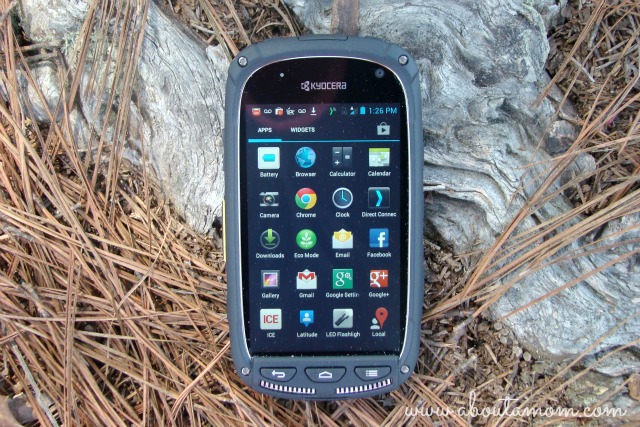 It can handle extreme elements with adrenaline junkies and outdoor enthusiasts, and withstand the rough life of outdoor jobs like construction and security. But what I want to talk about is how this phone can survive the drops, dips, dunks and drool that come with everyday parenthood. If you accidentally drop this phone on a playground full of excited toddlers stomping about – no worries. Is your house currently filled with snot noses and sticky fingers? Again, no worries at all. The Kyocera Torque for Sprint can handle all of that and much more. Did your teenager just drop her phone in a bowl of cereal while texting (true story)? Well, you get the picture. 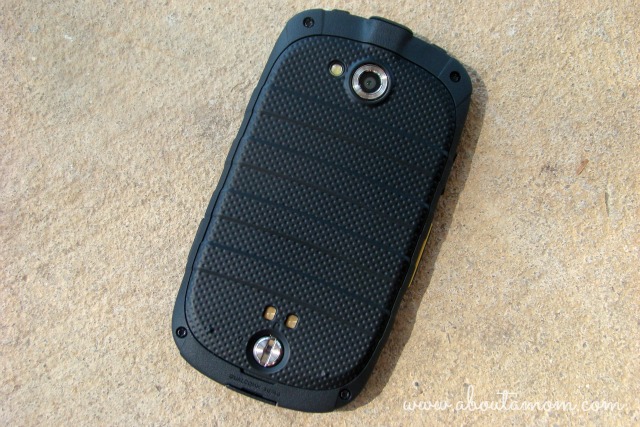 Torque has been tested to hold up against life’s extremes – including some most people will never experience – to help ensure it will be there when you need it, including:

As someone who is practically always on Facebook and Twitter, and also happens to be quite clumsy, this is a great phone to have. I haven’t had my Kyocera Torque for very long, and it’s already been dropped a few times. As far as being functional, Torque has all the bells and whistles you want in a phone such as Wi-Fi, Stereo Bluetooth technology, access to thousands of Android apps, and much more. The device runs with an Android 4.0 (Ice Cream Sandwich) operating system, 4GB ROM/1GB RAM memory, and supports microSD memory expansion up to 32GB. Access to Sprint’s 4G LTE network is available, in limited markets. 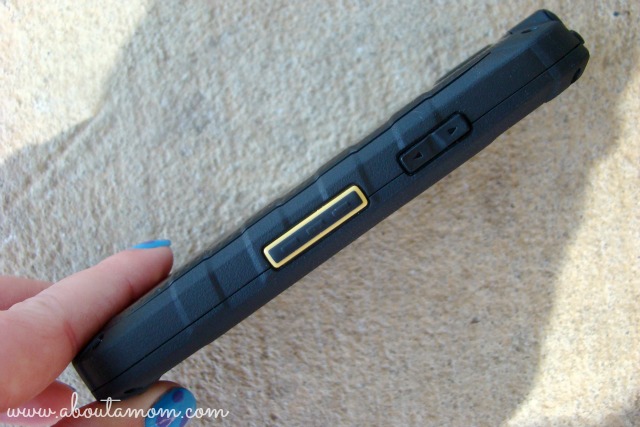 The phone also features a 4 inch LCD Display that is more than adequate. I really like the Touch Screen Keypad on this phone, even more than that of my Samsung Galaxy S3. The 5-megapixel rear-facing camera takes pretty sharp pictures, but is one of the few things I would like improved on this phone. Torque has excellent battery life which is something I have found lacking in some of my previous mobile phones.

This phone definitely looks different than phones I have have had in the past. The display is more recessed than normal, but provides more protection. It has a hard, rugged exterior – yet it still manages to be lightweight. I also want to mention another fun feature of this phone – a bright, easy-to-use LED flashlight app that is super handy when fishing for your keys after dark.

Overall, I am very pleased with the Kyocera Torque and feel confident it can withstand even my house full of ruffians. Visit Kyocera online to see how Bear Grylls, the ultimate adventurer, puts the Torque to the test! Kyocera Torque is currently available from Sprint for $99.99 (some restrictions apply).

Disclosure: I was provided with a Kyocera Torque to review, as a Sprint Ambassador. All opinions expressed are my own.