I got inspired to write this after reading a post by Tiffany over at Fabulous Mom Blog. I really enjoyed learning more about her, and it turns out that she got the inspiration to make a list after reading Crissy’s list over at Dear Crissy. Do you see what’s happening here… I wonder who will be next to jump onto this crazy bandwagon?

20 things you didn’t know about me (unless you’re my mom, sister, or best friend):

1. I am a creature of habit, and very set in my ways. Change doesn’t come easily to me. I’ll never be the first to try something which can be a real hindrance in my line of work. For example, I was about two years late to the Pinterest party and will forever be kicking myself for my delayed participation. Being so set in my ways also means that I will probably never get married again. I know… never say never.

2. Yes, I am divorced. I like being single, and so much so that I have not been married for the last eighteen years. I think marriage is great, but it’s just not for me right now. I think if I were younger, I might feel differently about it.

3. My favorite song of all time is “Sailing” by Christopher Cross. It transports me to someplace tropical and magical every time I hear it.

4. I became a Mom at age sixteen. While I don’t encourage anyone to enter into motherhood at such a young age, I am glad to share that it wasn’t a death sentence for me. With the right support system you can still go to college, have and live a productive life. I am one of the lucky ones. It worked out for me.

5. My son was named after the British punk rocker, Sid Vicious. I know… I know… Sid Vicious was no kind of role model. But I was young and it was the 80s. Sid is a cool name and it suits my son well. He’s always been a cool kid. I wouldn’t trade him for anything in the world.

6. I could happily survive off a diet of wavy potato chips and onion dip. The kind made from sour cream and Lipton Onion Soup mix. I will never get enough of the stuff.

7. I secretly watch “Keeping Up with the Kardashians” late at night. Don’t judge.

8. I once had a massive Winnie the Pooh collection and sold it on Craig’s List for a lot of money.

9. I have a problem with the overuse of commas. After I write something, I always have to go back and edit to remove some.

10. I’m a city girl at heart, but I live out in the country. Living in such a rural area definitely has it’s perks, but I sometimes miss the conveniences of the city life.

11. I’m the crazy cat lady, but with dogs. I have two very spoiled, poorly behaved dogs. I would have twenty more of them if I could.

12. I HATE captcha and curse the person who invented it. If you are a blogger, I beg you to please not make me go through captcha to leave a comment on your post.

13. I love reading blogs and have been a reader of blogs for many years. I had a hobby blog for a while, before starting About A Mom with my Mom and blogging partner, Laura. I won’t tell you the name of that blog though because it’s embarrassingly stupid.

14. I once ate chocolate covered crickets on a dare. They weren’t bad until an antennae got stuck between two of my teeth. Then I got sick.

15. I had a hysterectomy in my early thirties. It almost killed me, literally. The doctor severed an artery during surgery. I bled internally all night and once discovered, I was rushed back into surgery. I came very close to death that night.

16. I despise gossip and try to never judge people. I have not walked in your shoes. It’s not my place nor my right to judge you.

17. I’m a rock music junkie but I occasionally also like listening to opera, classical, Gregorian chants, and folk. I am open to and enjoy pretty much any type of music.

18. My favorite book of all time is “Cold Mountain” by Charles Frazier. I also enjoyed the movie adaptation in 2003 starring Jude Law and Nicole Kidman.

19. I have a terrible memory. I couldn’t get by without multiple lists for long term, short term, and daily tasks.

20. I love riding on roller coasters, although these days when I ride I have to worry that my bladder might fail me. 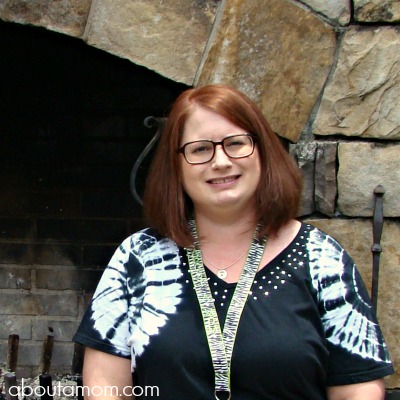