This is a one ingredient recipe. Don’t be such a skeptic.  Alright, I was pretty skeptical at first myself, and even well into the process. But it turns out this crock pot caramel sauce recipe is simple, affordable, and  tastes pretty amazing. I’ll definitely be making it again! 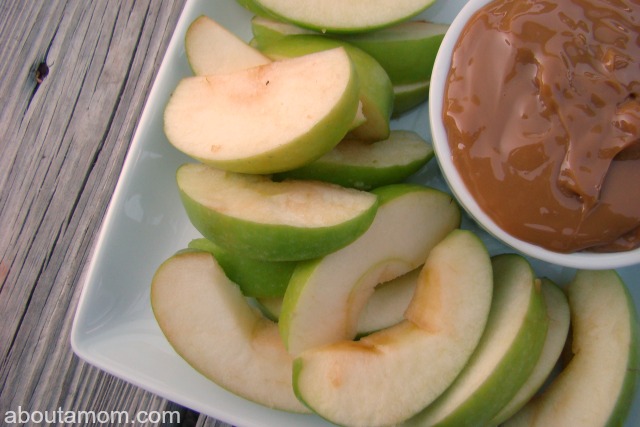 I have been using my crock pot a lot during the summer months, and on my quest to find new recipes came across this on a couple of different sites like this one here. All you need is a can of Sweetened Condensed Milk. Seriously, that is all. The versions of this recipe that I saw placed the can straight into the crock pot, but I don’t feel so good about cooking it right in the can – paranoid as I am.

Instead, I emptied one can of Sweetened Condensed Milk into a glass canning jar and tightly screwed on the lid. I actually did two jars, since I was making it for a spa party that I hosted on Saturday. This stuff went fast, so next time I’ll do three and keep one for myself. 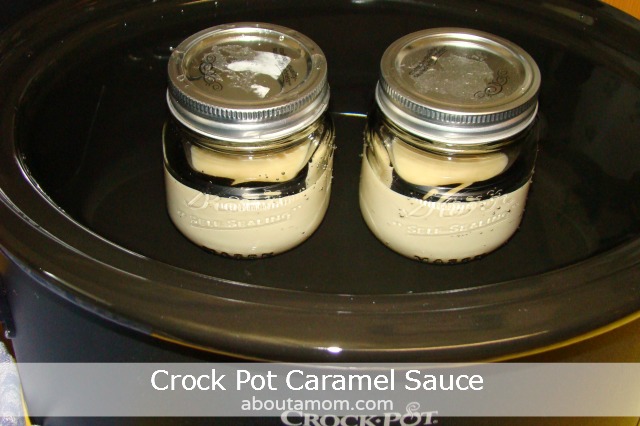 Next, I placed the canning jars into my largest crock pot and filled it with water all the way to the top of the jars. Be sure that the water level is higher than the milk.

The instructions called for cooking the submerged Sweetened Condensed Milk on low for 8 hours, which I did. But mine wasn’t quite ready yet. I started to get a little nervous if it was going to work at all. So, I bumped the heat up to high and let it go for another two hours. What I ended up with was beautifully golden caramel sauce. Had I used the can method and not the jars, I would not have known that it wasn’t ready. It’s possible that the temperature of my slow cooker is running a little lower than it should, so I recommend starting out with 8 hours on low, check the color of the caramel at that point and determine if you need to continue cooking it on high a little longer. 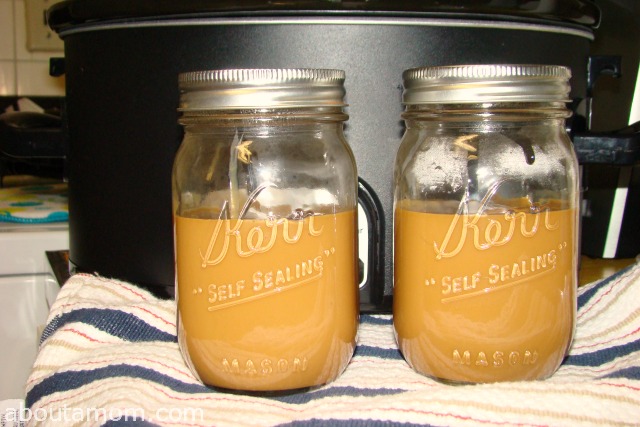 One or two jars just isn’t enough. I scraped every last bit out of those jars. 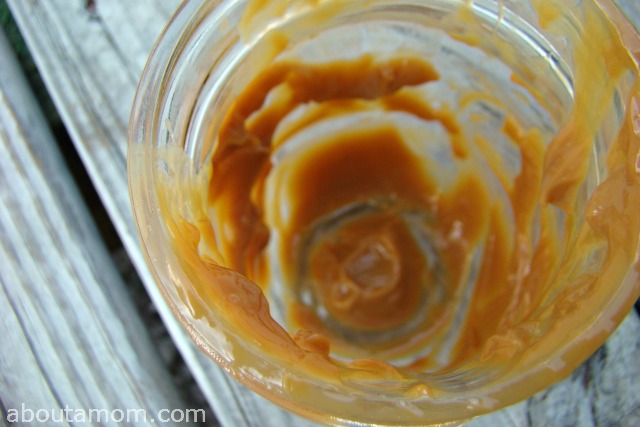 I served the caramel sauce with apple slices, but I imagine it would be pretty great over a bowl of vanilla ice cream as well. Heck, I’d eat it straight out of the jar. Oh wait, I did! 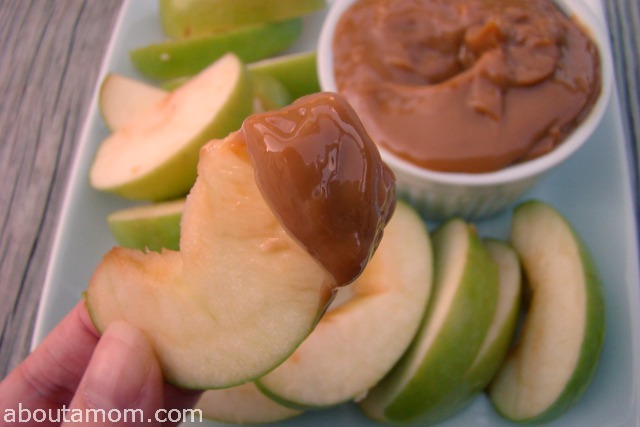 Store this in the refrigerator if you are not using it right away. Take it out a couple of hours before serving to bring it to room temperature.

Side note: I mentioned on our Facebook page that we had made this, and a reader asked if a salted caramel version would work. I don’t see why not and totally wish I had thought of this myself. Next time, I’ll sprinkle a little sea salt into the jar before putting the lid on.