With technology becoming more and more commonplace in our lives, it’s no surprise that social media apps are some of the most popular downloads for both adults and children alike. With over a billion active users, social media is a staple in most people’s lives. Here’s what parents need to know about dangerous social media apps for kids.

It’s also practically become a necessary part of growing up, with 71% of teenagers reporting that they use at least one social media platform. While there are many beneficial aspects to these apps, there can also be a dark side if they’re not used responsibly. This digital world we live in can be difficult to navigate, especially for tweens and teens. 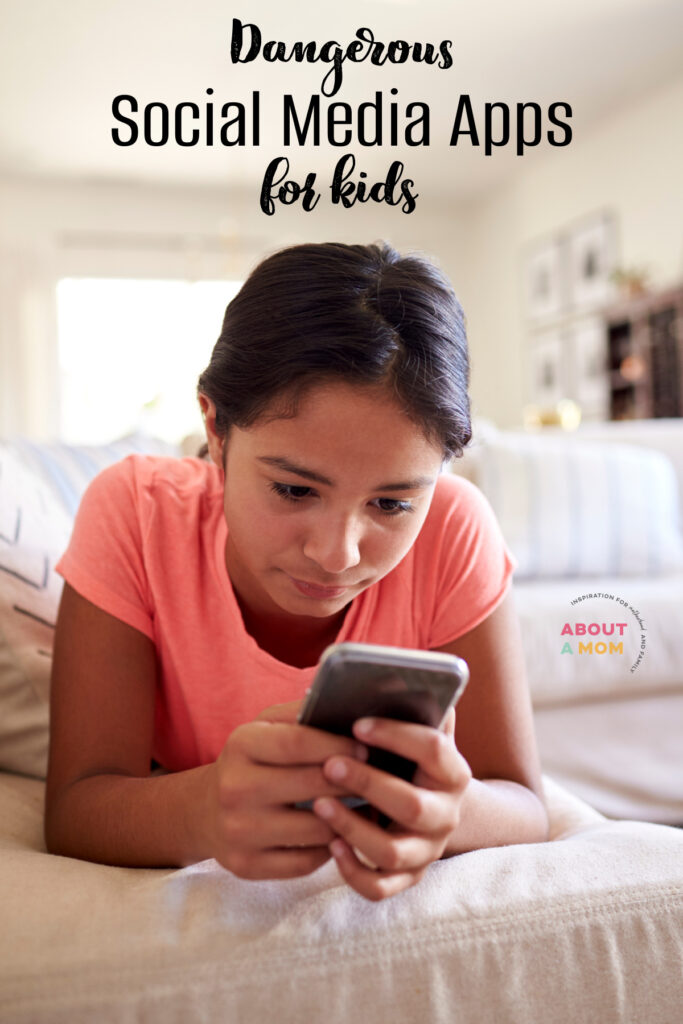 Dangerous Apps for Kids that Parents Should Know About

As a parent, it is important to be aware of online predators and the dangers that social media can pose to your children. There are a number of apps out there that can be dangerous for kids, and it is important to know which ones to avoid. In this blog post, we will discuss some of the most dangerous social media apps for kids and what parents need to know about them. We will answer common questions about these apps and provide tips on how to keep your children safe online.

Photo sharing social media platforms and live video platforms can be especially dangerous to a young person’s mental health. These platforms negatively impact body image and sleep, increases cyber bullying and FOMO (Fear Of Missing Out), and often lead to anxiety, depression, and loneliness. Popular apps are often times the ones you should be most wary of.

Snapchat is a popular photo-sharing app that allows users to send images and short videos to their friends that disappear after a set period of time. The app has become extremely popular with young people, and according to a 2018 study, over 60% of 13-14 year-olds and over 70% of 15-17 year-olds in the US use Snapchat. While Snapchat can be a fun and harmless way to communicate with friends, there are also a number of dangers associated with the app, including adult content.

Don’t let the popularity of Snapchat fool you. This is by far one of the most dangerous social media apps for kids.

For example, because Snapchats disappear after they have been viewed, many users assume that the images and videos they send will also disappear. Some may even feel that this feature allows them to send questionable photos or videos without fear of them being saved or circulated. This can be especially dangerous for children and teenagers who may not be aware of the risks involved in sending images and videos online. There are a number of ways to save Snapchats, and it is important for parents to make children aware that anything that is sent on the app can potentially be saved and shared without your knowledge or consent.

Another social media app that can potentially be dangerous for kids is Instagram. While this app is mostly used for sharing photos and videos, it also has a direct messaging feature that can be used to send private messages to other users.

Even as an avid Instagram user for years, you may not have a full understanding of how the app is being used by predators. We highly recommend that you watch this documentary by Bark, makers of a parental control tool app, of what happens when a mother poses as an 11 year old on Instagram. You may be shocked – I know I was.

Instagram is a highly visual platform, which means that kids can be exposed to inappropriate or violent content without necessarily seeking it out and even while having direct messaging disabled. This can be particularly harmful for younger children who are not yet able to distinguish between what is real and what is not.

For instance, the app’s “Explore” feature exposes users to a range of content, including some that may not be appropriate for children. For example, many users have complained that the videos on the “Explore” page contained violence and sexual content.

A recent study has also shown that content viewed on Instagram can lead to depression and low self esteem, causing image issues in 1 of 3 teen girls.

Yubo is a social media app that is specifically designed for kids and teenagers. The app was initially launched as Yellow, but had to rebrand to Yubo after quickly earning its terrible reputation.

It is often referred to as the “Tinder for Teens” because it allows users to swipe left or right on other users in order to make new friends. While this may seem like a harmless way for kids to meet new people, a simple Google search will reveal a number of reports of children being contacted by adults and then groomed for sexual purposes.

In addition, the app’s “live streaming” feature allows users to broadcast themselves live to a group of friends or strangers. This can be particularly dangerous for children, who may not be aware of the potential risks involved in sharing their location and personal information with strangers. Recent undercover reports have also shown that these live streams are riddled with racism, bullying and sexual exploitation. 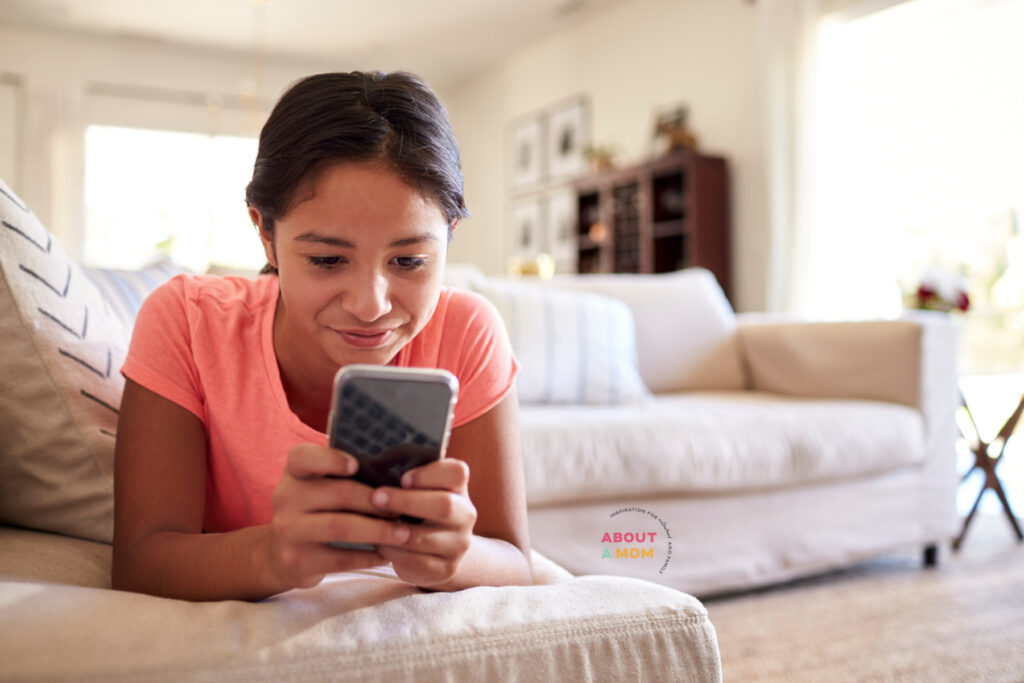 Ask.FM is a social media app that allows users to ask each other anonymous questions. While this may seem like harmless fun, the anonymity of the app makes it a breeding ground for cyberbullying and online harassment.

A number of high-profile cases have been reported in which children have been targeted by bullies on Ask.FM and then driven to suicide. In one case, a 13 year old girl actually named Ask.FM in her suicide note before she took her own life. Her 15 year old sister then took her own life shortly after.

The fact that users can remain anonymous while using the app means that they are more likely to say things that they would not say if their identity was known. This can be particularly harmful for children, who may not yet have the emotional maturity to deal with anonymous bullies.

We would strongly advise against allowing your children to use Ask.FM or any other social media app that allows users to remain anonymous.

Hoop is another social media app referred to as “Tinder for Teens”. Hoop users create profiles with descriptions and photos of themselves, and then ‘swipe’ through other users’ profiles, in similar fashion to dating apps like Tinder. If you find someone you like, you can click to request their Snapchat information. The app is available for free on the App Store and Google Play and has been gaining popularity with kids and teenagers. However, there are some dangers associated with this app that parents should be aware of.

First of all, Hoop has a proximity filter that allows people to connect with others near them. This can be extremely dangerous for children, who may not yet be aware of the potential risks involved in sharing their location and personal information with strangers. Child predators may easily locate and entice nearby youngsters using this filter.

Hoop requires that minors under the age of 18 obtain permission from their legal guardian to join the app, but this is easily accomplished simply by checking a box stating that they have permission – even if they don’t.

We would strongly advise against allowing your children to use Hoop or any other social media app that allows users to share their location with strangers.

Discord is a messaging app designed for gamers that lets you easily voice chat, share photos and videos, and join channels with your friends. But while Discord can be a great way to stay connected with your gaming buddies, it’s important to be aware of the potential dangers. As with any chat room, the anonymous nature of the app makes it easy for predators to target kids, and the lack of moderation means that explicit content is often shared in public channels. Chat rooms are one of the most dangerous places for kids to be on the internet.

While the app does have some safety features, such as the ability to report users and block them, there have been a number of reports of children being contacted by adults and then groomed for sexual purposes.

In addition, the app’s “server” feature allows users to create their own online communities, which can be used to share inappropriate or sensitive content. While the app makes a feeble attempt to limit users to aged 13 and older (by simply asking for a birth date), it also hosts over 49,000 servers tagged “NSFW” which can be easily accessed by anyone.

Omegle is a website and app that allows people to chat anonymously with strangers. Although the app is ostensibly used for making new friends, it’s become increasingly popular with kids and thus a popular hunting ground for predators. They even state on their homepage “Predators have been known to use Omegle, so please be careful.”

While the app does have some filtering options, such as the ability to only connect with users who are in your country, Omegle does not require any registration or login and anyone can start a chat with a stranger. Because users can remain anonymous, it’s very easy for predators to pose as children and strike up conversations with other users. This makes it easy for them to connect with potential victims and they can then use these conversations to groom their victims and convince them to meet in person.

Additionally, Omegle is often used for sexting and other forms of cyberbullying. Kids can be coerced into sending sexually explicit images or videos, which can then be used to blackmail them. In the same BBC investigation mentioned above, they were connected at random with two underage boys touching themselves live on video chat.

This app should be avoided at all costs, and parents should make sure that their kids are not using it.

This website’s “anonymous” nature means that users are often more likely to engage in risky or illegal behavior and makes it one of the most dangerous social media apps for kids. 4Chan is notorious for being a breeding ground for hate speech, racism, sexism and other forms of bigotry. It is also frequently used by predators to target children and teenagers and many users have been known to share nude images of themselves or others without consent.

As a parent, what can you do to protect your child from the dangers of social media?

Here are some tips to get you started:

What other steps do you take to keep your child safe on social media? Let us know in the comments below!