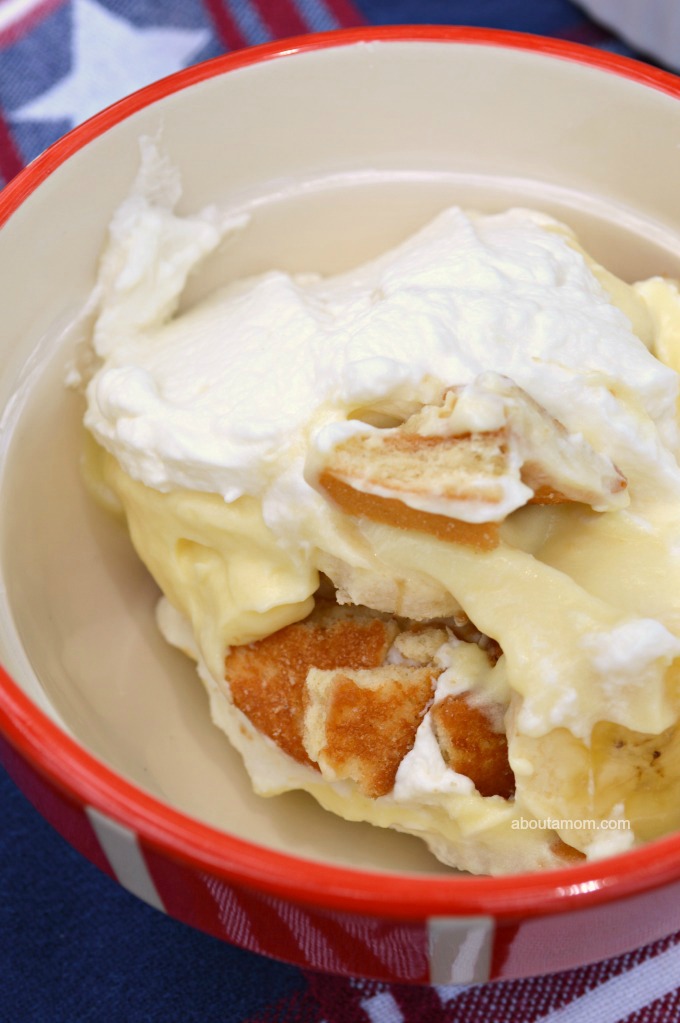 Banana Pudding, a classic southern dessert with layers of nilla wafer cookies, sliced bananas and creamy vanilla pudding. This popular dessert is one of my favorites to make for summer gatherings. Bring this dessert to a potluck and it’s sure to be devoured by adults and kids alike. I’ve been making this same banana pudding recipe as long as I can remember. I can’t believe I never shared the recipe with you before.

One of summer’s best recipes.

Much like berry trifle, this layered banana pudding is no-bake and one of the easiest desserts to make.

Some people use just straight up vanilla pudding, but I prefer a concoction that includes cream cheese and whipped cream. The result is a much richer dessert with incredible depth of flavor. 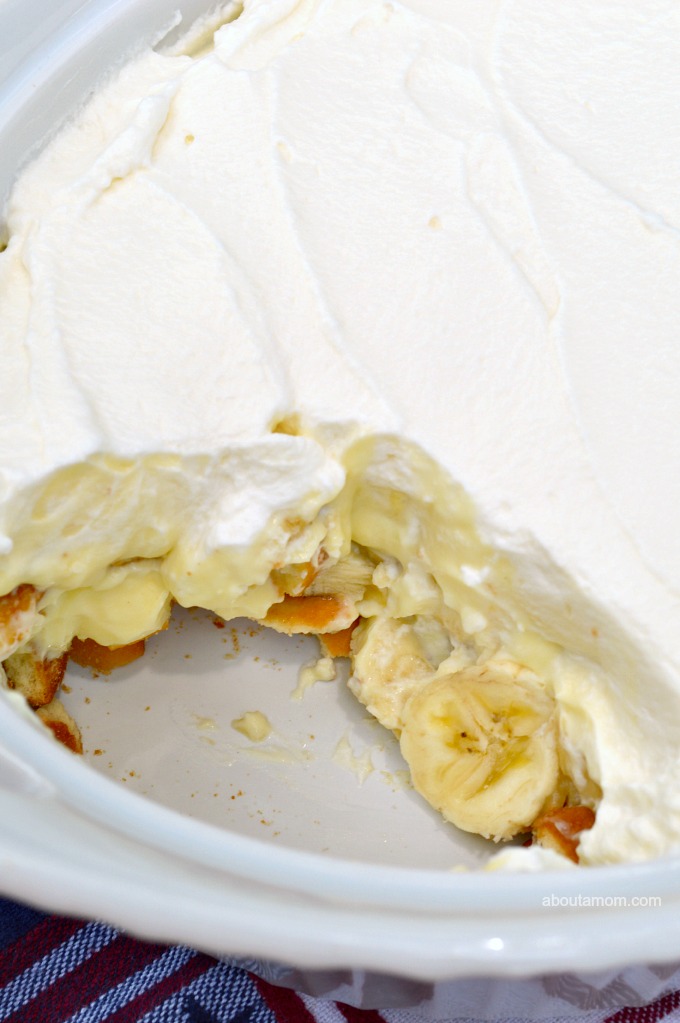 In a medium bowl, whisk together the pudding and milk.

In a separate bowl, beat the softened cream cheese and sweetened condensed milk with an electric mixer until smooth.

Stir the pudding mixture into the cream cheese mixture and mix well.

In the bowl of a stand mixer, beat the cream, sugar and vanilla until soft peaks form. Fold 1 cup of the whipped cream into the pudding mixture. 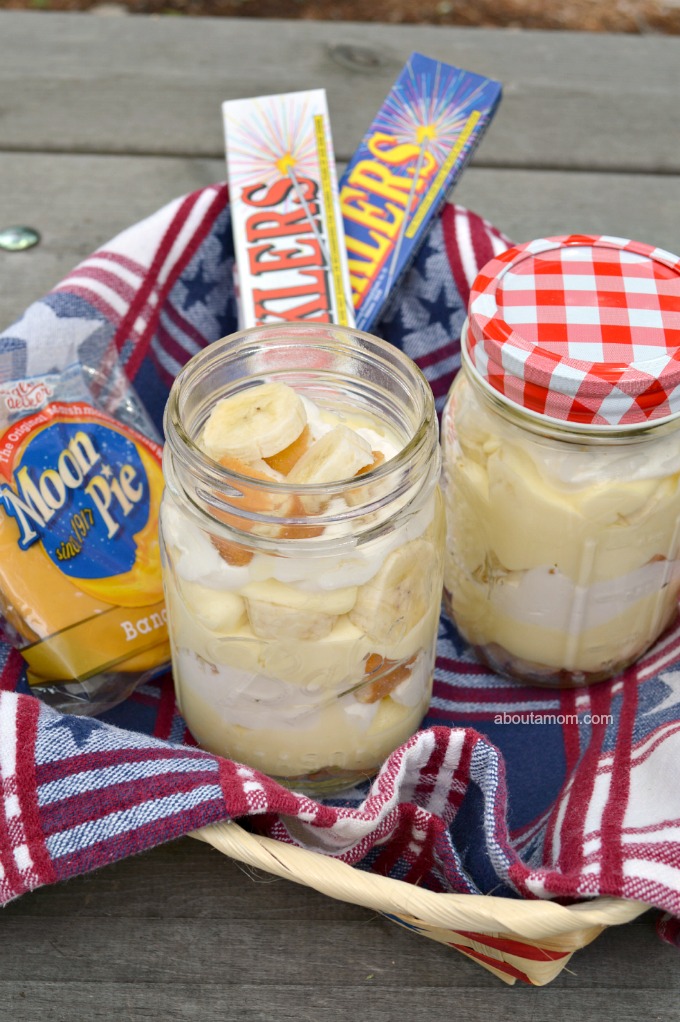 This banana pudding is perfect for layering in a mason jar to bring on your summer picnics. Just be sure to include a couple of ice packs so it doesn’t spoil.

Don’t forget to bring along some fun sparklers!

If you enjoyed this summer dessert, be sure to check out mixed berry shortcakes and pineapple coconut crisp.