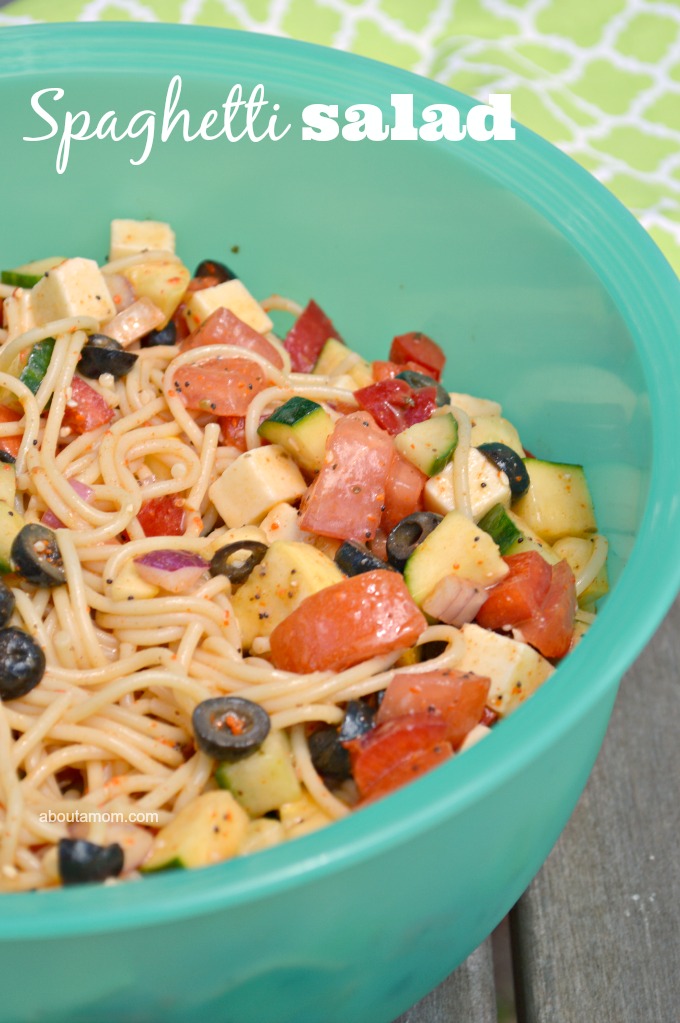 There are some recipes that never go out of style. Spaghetti Salad is one of them. Spaghetti tossed with fresh veggies, Italian dressing, and a secret ingredient.

Okay, so maybe it’s not that much of a secret but it is oh-so good in this salad.

I’m aging myself by saying this. A lot. But back in the early to mid 1990’s I brought this pasta salad to just about every church potluck or progressive dinner I attended.

I was one of those people.

But I wasn’t alone. There was sure to always be a few of these salads on the buffet table. Mine was just better.

People didn’t mind. That much. Everyone loves a good spaghetti salad.

This summer I am bringing the classic spaghetti salad back into fashion. It made an appearance at one of my first backyard cookouts. I do promise though that I won’t be doing a repeat of the 90’s. I won’t be making this for every backyard cookout this summer. Maybe just a few more.

Combine all of the ingredients in a large bowl. Toss to coat dressing and evenly distribute vegetables and Salad Supreme. Refrigerate until it is time to serve. 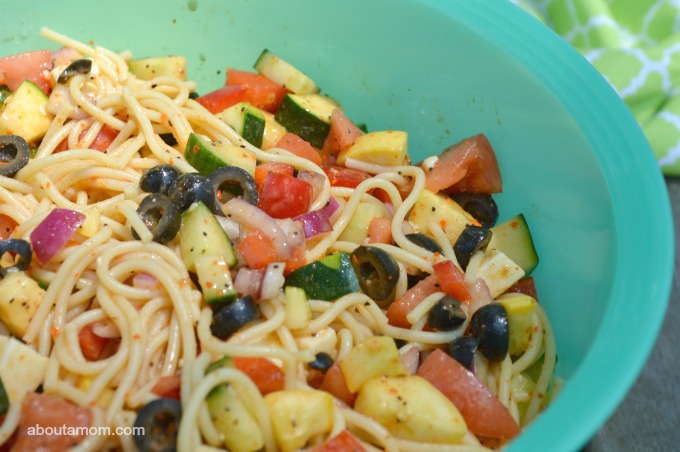 For the Italian salad dressing, use whatever your favorite brand is. I used Olive Garden dressing this time and it turned out really good. I think this salad tastes even better if you make it the night before, and let it marinate in the fridge for a while.

Use whatever veggies you like. That’s one of the things I love about a salad like this. Just about anything goes. What would you add to it?