Home » Travel » Travel to San Francisco :: How to Spend an Afternoon

Two weeks ago I had the pleasure to spend a weekend in San Francisco for a Disney/Pixar press trip – my old stomping grounds of long ago. It had been 20 years since I lived in the San Francisco Bay Area, and I was surprised by how little it had changed. If you are planning to travel to San Francisco or have just an afternoon to go sight seeing, there are a few things that you don’t want to miss. 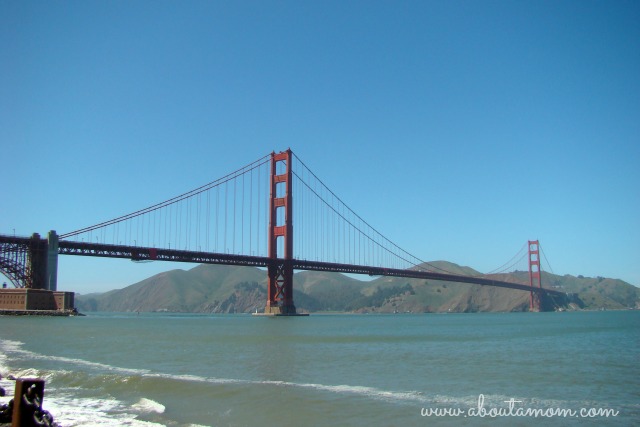 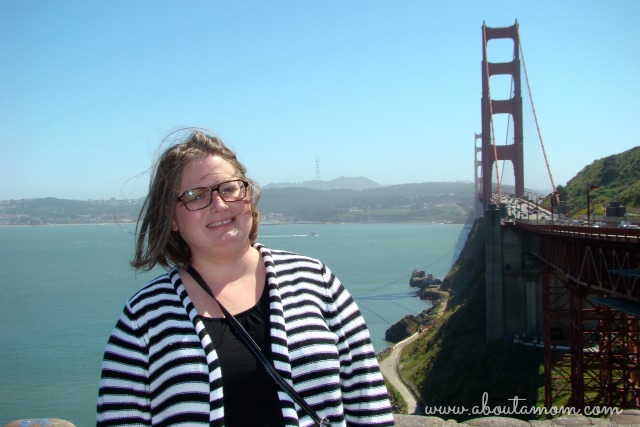 On either end of the bridge, there are look out points where you can park the car and get some fantastic pictures of the bridge. People by the droves take this opportunity, to walk or cycle across the bridge. I just couldn’t resist a photo opp in front of the bridge. Notice how windy it is? I forgot just how blustery and windy the San Francisco are can be. Next time I’ll be sure to wear a head band. 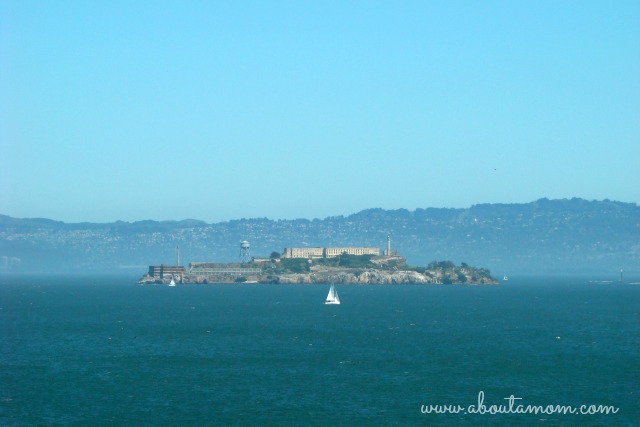 Fortunately, the fog wasn’t bad while I was there and I was able to snap an amazingly clear picture of Alcatraz. Often referred to as “The Rock” (Remember that Sean Connery film from 1996?) Alcatraz Island is located in the San Francisco Bay. It is home to the abandoned Alcatraz prison and the site of the oldest operating lighthouse on the west coast of the United States. 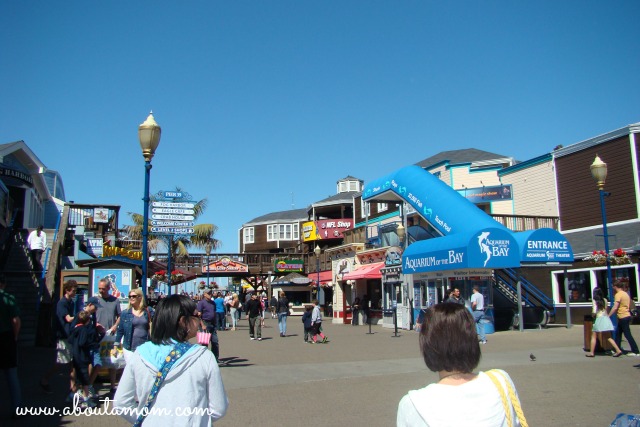 My afternoon in San Francisco ended with a visit to the festive Pier 39 shopping and dining complex, located near Fisherman’s Wharf. The Pier offers a variety of shopping and favorite restaurants such as Bubba Gump Shrimp Co, Crab House and Boudin Bakery Cafe. For the small and big kids alike, Pier 39 has a beautiful and ornate working carousel.

Time didn’t permit me to visit both Pier 39 and Fisherman’s Wharf, so I chose Pier 39 in hopes of spotting a sea lion or two. As you can see from the pictures below, I got to see more than just a couple of sea lions. The sea lions have been camping out in droves in PIER 39′s West Marina since 1990 and have been endearingly coined The PIER’s “Sea Lebrities.” 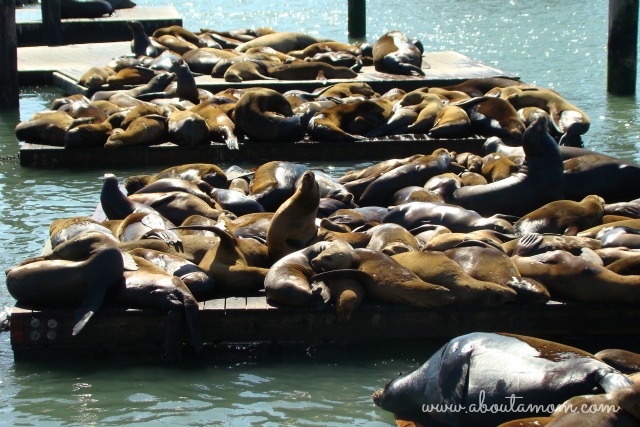 The day of my visit, sea lions were camped out by the hundreds – basking in the sun, and piled atop each other on the pier’s docks. The sound of the barking sea lions was so intense and very entertaining. 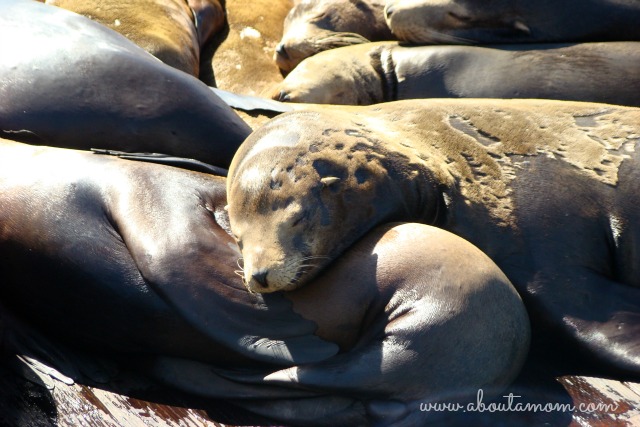 I couldn’t resist snapping an up close shot of this cute little guy snuggled up with his sea lion pals. With just an afternoon of free time on my trip to San Francisco, I was able to see and do so much. Many thanks to my San Francisco tour guide TerriAnn of the blog Cookies and Clogs, and my traveling companion Liz from A Nut in a Nutshell for making this such a fun and memorable trip.