Summer is in full swing and that means it’s time for Georgia’s Best Summertime Drink Recipe Contest, sponsored by the Georgia Watermelon Association. I’ve partnered with them once again for a sponsored post to share the recipe contest details, along with my own Georgia watermelon recipe. I think you’re really going to like the watermelon, nectarine and mint coolers I made for this year’s contest.

Georgia Watermelon Association (GWA) is on the hunt for the most refreshing and delicious drink that spotlights one of the state’s favorite fruits – the watermelon. The contest begins July 1, 2017 and continues throughout National Watermelon Month, ending August 13, 2017. Winning entries will be announced in late August or early September and will receive juicy watermelon-themed prizes.

Submit your favorite watermelon drink recipes for a chance to win prizes: 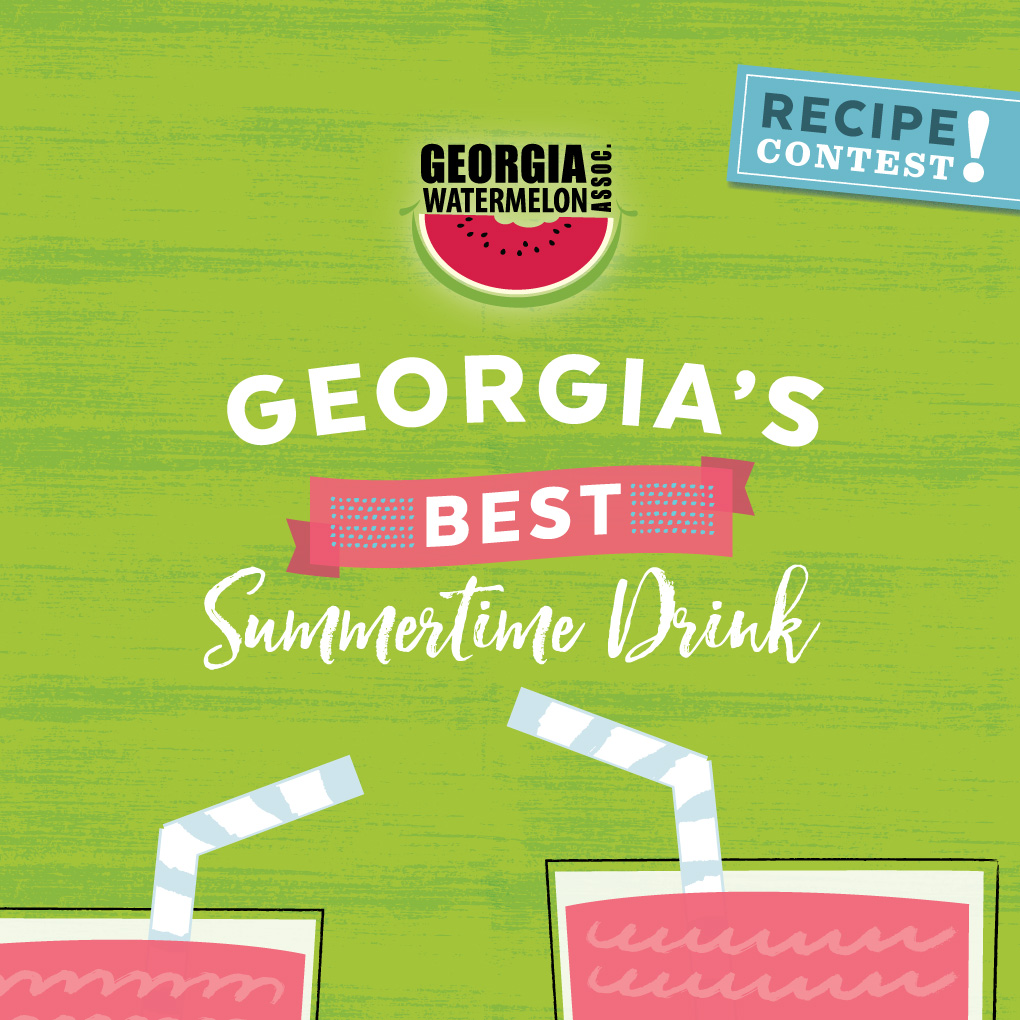 Do you have the winning drink recipe? 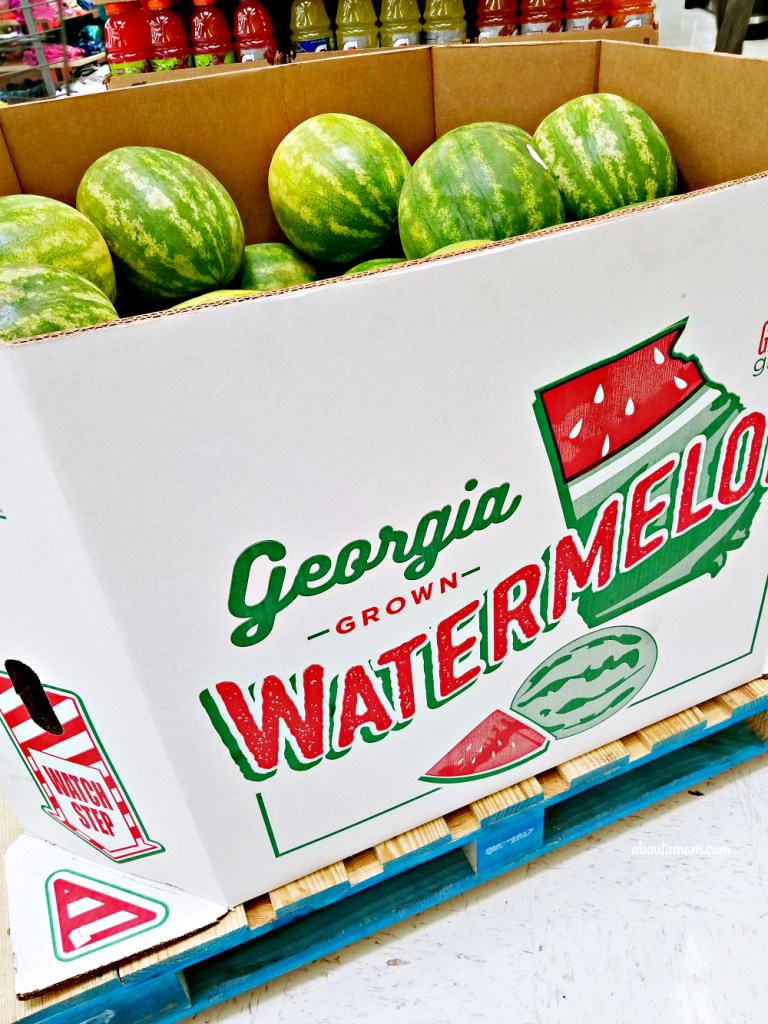 You know me. I like to keep things simple, especially during the summer months, and this watermelon drink recipe of mine is no exception. With a sweet and juicy Georgia grown watermelon as the star ingredient, you really don’t need a whole lot else. 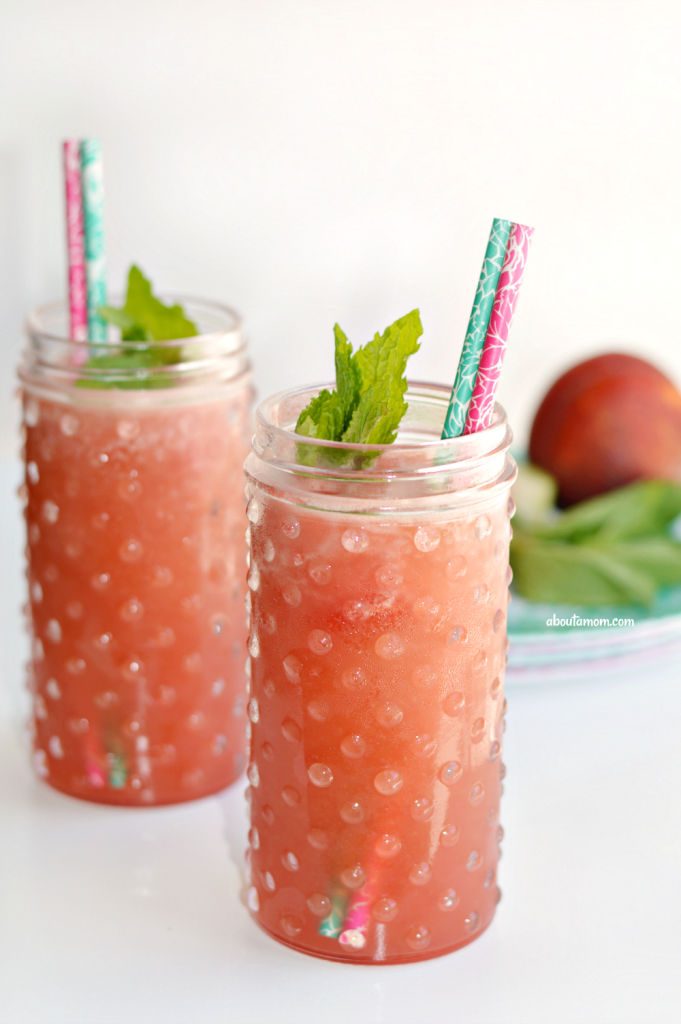 Watermelon is so perfect for drink recipes. Just drop some watermelon chunks into your blender or food processor and pulse a few times until it becomes liquid. It pairs great with lemon-lime soda and other fruit juices or enjoy all by itself.

In addition to watermelon, I’ve been on a bit of a nectarine kick this summer, so I decided to pair them together for this recipe.

This is a non-alcoholic drink recipe, but you could easily make an adult version by adding a little rum or vodka. I’ll be going that route the next time I have the girls over. 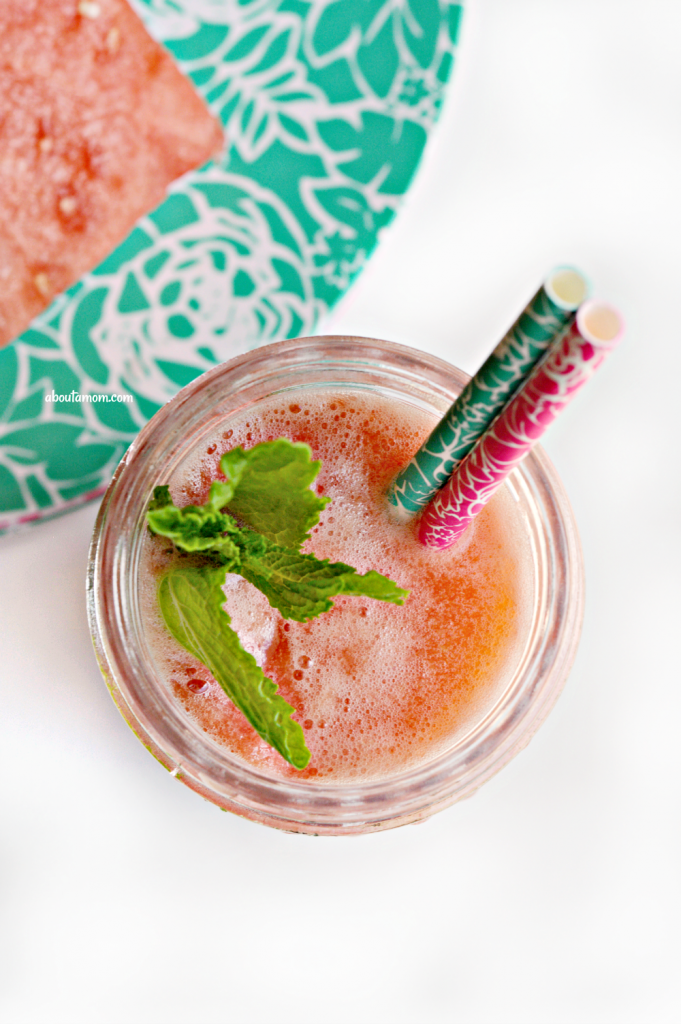 Tip: Keep your drinks from getting watered down by making watermelon ice cubes. Just puree some fresh seedless watermelon in the blender until liquid. Poor into ice cube trays and freeze. 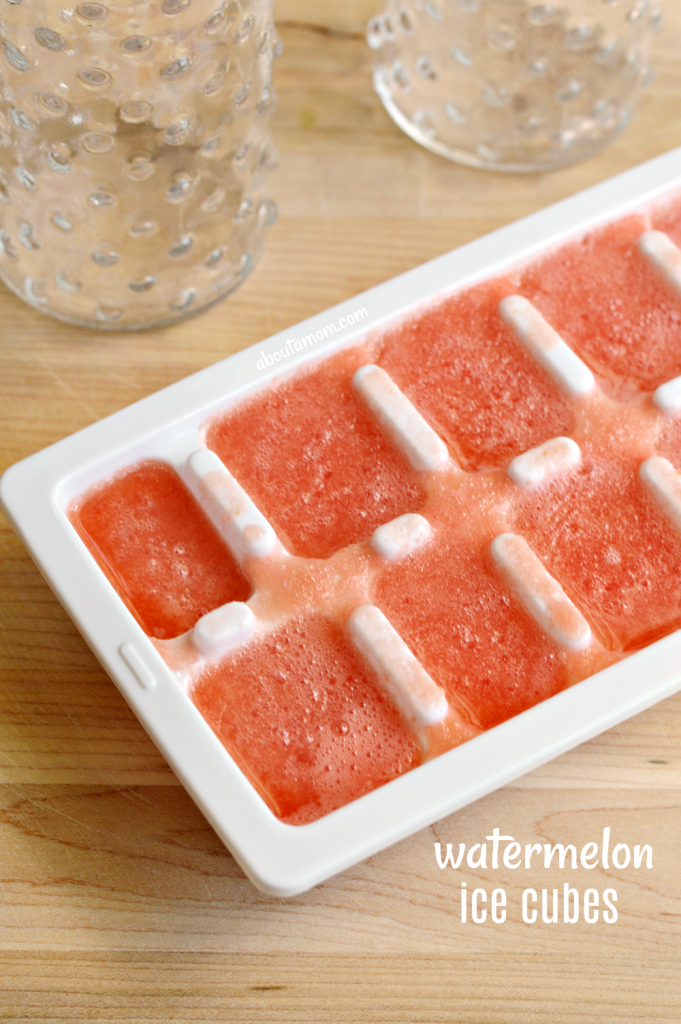 To make this drink recipe, which serves 4 people, you’ll need about 2 cups of fresh watermelon juice which is equal to 4-5 cups of watermelon chunks. You’ll also need 2 nectarines that have been peeled and cut into pieces and pureed.

The recipe also calls for 1 1/2 cups of seltzer water, but you could optionally use lemon-lime soda. I sweetened it with a little honey. Agave nectar would also be a good sweetener for this drink.

I garnished the drinks with a little fresh mint, but that’s totally optional. 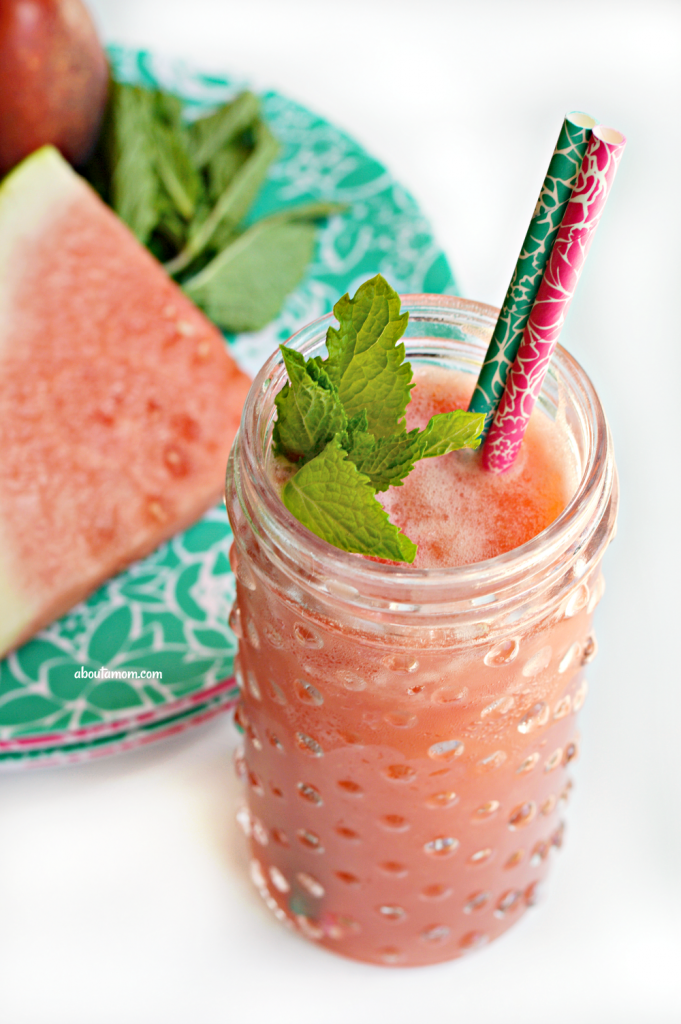 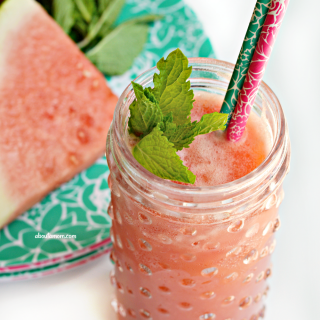 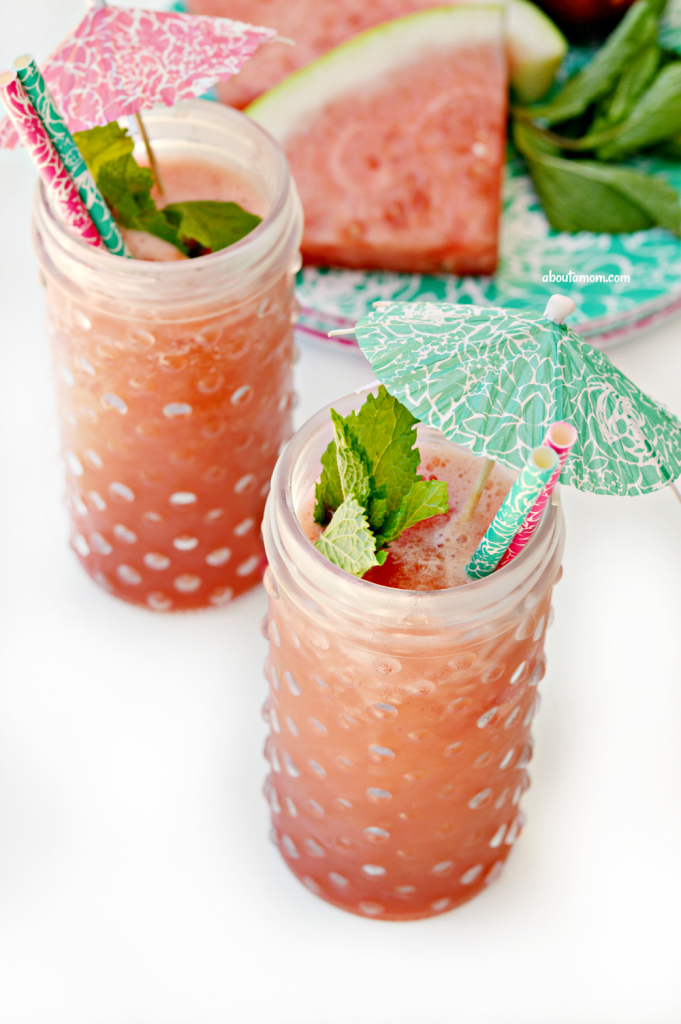 You might also enjoy this Watermelon Mint Slush recipe.