I have such a crush on Robert Downey Jr. as Iron Man, and this new Iron Man 3 movie poster is just ooh la la! The Iron Man 3 film releases in the U.S. on May 3, 2013 and I can hardly contain my excitement. I never would have thought I would be such a fan of a comic book series, but the Iron Man movies are the perfect blend of reality and fantasy – not to mention the amazing cast and awesome special effects! What more could a girl want in a movie? 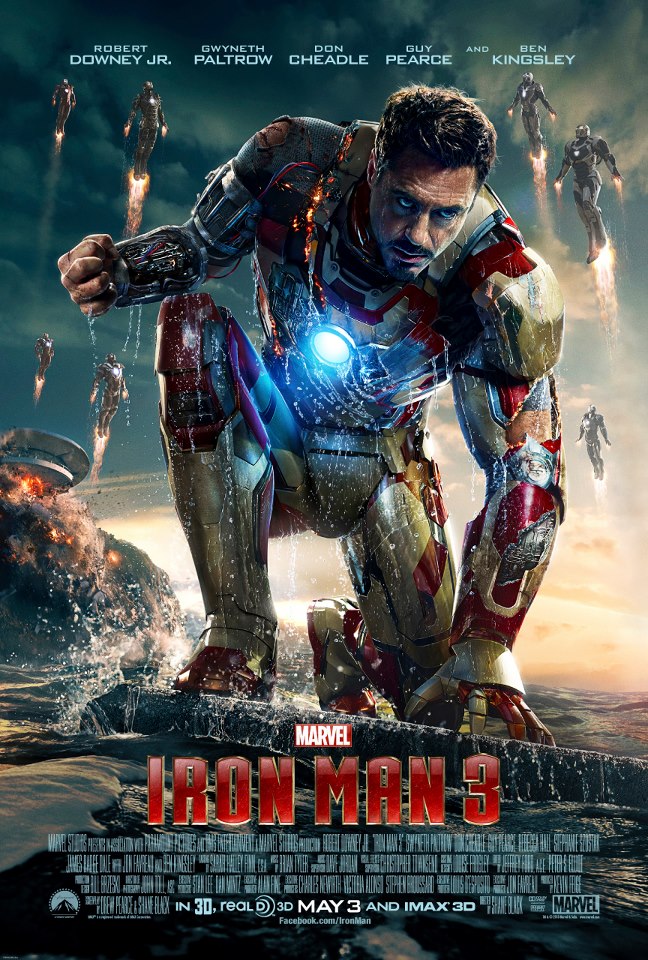 Marvel’s Iron Man 3 pits brash-but-brilliant industrialist Tony Stark/Iron Man against an enemy whose reach knows no bounds. When Stark finds his personal world destroyed at his enemy’s hands, he embarks on a harrowing quest to find those responsible. This journey, at every turn, will test his mettle. With his back against the wall, Stark is left to survive by his own devices, relying on his ingenuity and instincts to protect those closest to him. As he fights his way back, Stark discovers the answer to the question that has secretly haunted him: does the man make the suit or does the suit make the man?